Visit the Educational Distillery where the tradition of making whiskey at West Overton is alive once again.

A Tradition of Whiskey Making


The Birthplace of Old Overholt

Our modern whiskey production draws inspiration from the entrepreneurship of the Overholt family at West Overton, who cultivated a small distilling operation on the family farm into a thriving professional business. The Overholts established the Old Overholt brand of Monongahela rye whiskey, considered the classic American whiskey. In 1927, the Overholt Company was acquired by National Distillers. National Distillers & Chemical Corp’s distilling division was in turn acquired by American Brands and its subsidiary James B. Beam Distilling Co in 1987. Today, Beam Suntory produces Old Overholt in Kentucky.

Our modern whiskey production draws inspiration from the entrepreneurship of Abraham Overholt, who founded West Overton and began distilling whiskey as part of the agricultural village. Old Overholt, a 19th century brand started in his honor, and continuously produced and sold since 1810, is now distilled and made by Beam Suntory. Beam Suntory has since partnered with West Overton Village to support our exhibitions and special projects.

West Overton Village is a site on the Whiskey Rebellion Trail, commemorating the role of western Pennsylvania’s farmers who rebelled against a tax on distilled spirits in the 1790s. 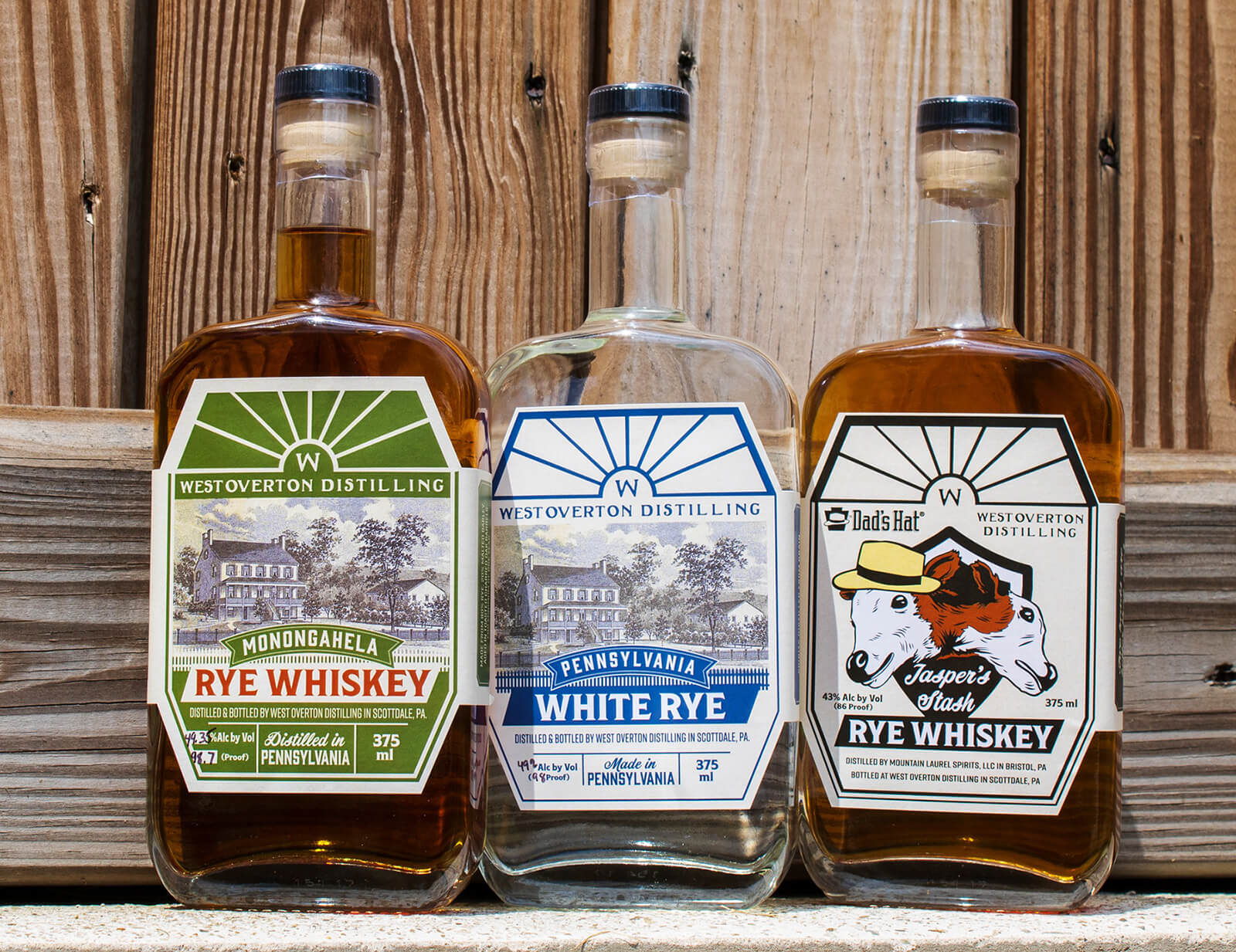 Visit the Educational Distillery on a Guided Tour

Guided tours of West Overton Village include the Educational Distillery, along with other historic buildings that tell an in-depth story of how a small family farm transformed into a thriving business centered around whiskey production.